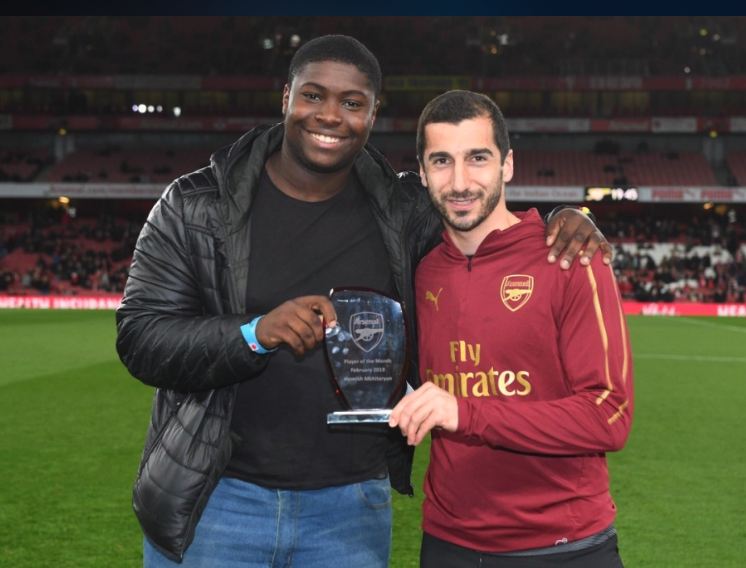 “So cool to receive the Arsenal Player of the Month February Award Thank You Gunners!!!” Mkhitaryan said in a Twitter post.

He also hailed the teams move to the 3rd place in the Premier League.

In February the Armenia international returned from injury with a bang, setting up Alex Lacazette before doubling Arsenal’s lead 10 minutes later against Southampton.

Mkhitaryan then repeated the feat against Bournemouth, burying Mesut Ozil’s pass before assisting Laurent Koscielny as we ran out 3-1 winners over Bournemouth.

The midfielder won the award with 40 per cent of the votes cast, with Lacazette in second place and Bernd Leno in third.