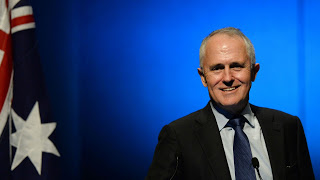 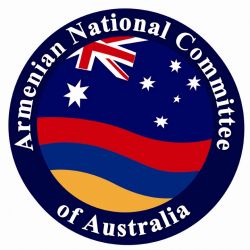 CANBERRA: The Armenian National Committee of Australia (ANC Australia) has welcomed the election of Malcolm Turnbull as the new Prime Minister of Australia. Turnbull challenged sitting Prime Minister, Tony Abbott, for their party’s (LIB) leadership in a spill that took place on Monday night in Parliament House.

By winning the Liberal Party leadership, Turnbull immediately became Prime Minister-elect, and will be sworn in on Tuesday. Turnbull, a long time friend of the Armenian-Australian community, has been a strong and vocal supporter of Armenian Genocide recognition by the Parliament of Australia. On 23 November 2013, in this capacity as Shadow Minister for Communications and Broadband, he addressed the House of Representatives in an impassioned speech calling for the formal recognition of the Armenian, Greek and Assyrian genocides

(click here for video https://www.youtube.com/watch?v=Pqbclr9sWZ8&feature=youtu.be)
“They [ANC Australia Advocacy Week delegation] are assembled here, as we are, to lament what was one of the great crimes against humanity, not simply a crime against the Greeks, the Assyrians and the Armenians but a crime against humanity—the elimination, the execution, the murder of hundreds of thousands of millions of people for no reason other than that they were different. This type of crime, this sort of genocidal crime, is something that sadly is not unique in our experience,” Turnbull said.
He added: “We must own up to it. We must recognise it for what it is.”
He also called on the Republic of Turkey to acknowledge the genocidal crimes of their predecessors, the Ottoman Empire, to pave the way for reconciliation into the future, and live up to their multicultural past.
Executive Director of the Armenian National Committee of Australia, Vache Kahramanian, wrote to the Prime Minister-elect congratulating him on his election as Australia’s 29th Prime Minister.
“We welcome the election of Malcolm Turnbull as Prime Minister of Australia. His strong track record on Armenian related issues has been formidable and we look forward to continuing this strong relationship,” Kahramanian said.
“We also congratulate Tony Abbott on his service as Prime Minister Australia.”
ANC Australia has sought a meeting with the newly elected Prime Minister to discuss a wide range of issues important to the Armenian-Australian community.
http://www.anc.org.au/news/Media-Releases/ANC-Australia-congratulates-Prime-Minister-Malcolm-Turnbull